To Inform and Inspire!!!

Wayne-Kent A. Bradshaw: the man behind expanding black bank opportunities

Wayne Bradshaw is one of the faces of the first Black-led financial institution with $1.1 billion in assets due to the merger of his Los Angeles-based Broadway Federal Bank and City First Bank of D.C. in Washington.

The announcement of the two banks going into a transformational merger of equals agreement was made in late August. The focus of the merger will be on housing, small businesses and nonprofits.

“If you are providing financing for a small business, you are enabling wealth creation, job creation and economic empowerment through that financing. There’s a multiplier,” said City First chief executive officer Brian Argrett in a Sept. 1 Forbes article.

Argrett will serve as CEO of the newly formed entity, while Bradshaw will become chair of its nine-member board. The shareholder power between the two companies will be 52.5% Broadway and 47.5% City, according to Bradshaw.

“Both companies have their own business strategies, ours is small apartment buildings and Brian does non profits and new market tax credit deals. We both emphasize wholesale vs retail lending and plan to do more with our customers, but new ones are welcome,” Bradshaw told Voices United.

Bradshaw and Argrett’s newly created bank has yet to be named and is subject to regulatory approval. The deal is expected to close in the first quarter of 2021. Bradshaw said it would be more likely in February or March.

The combined institution will maintain its CDFI status, requiring it to deploy at least 60% of its lending into low- to moderate-income communities in the Los Angeles County and D.C. areas.

Bradshaw said the impact will affect all ethnicities.

“The new combined institution will strengthen our position and will help drive both sustainable economic growth and societal returns,” Bradshaw said in a news release. “We envision building stronger profitability and creating a multiplier effect of capital availability for our customers and for the communities we serve.”

Born and raised in Kingston, economics became an interest to Bradshaw as a child.

“One of my favorite subjects in high school was economics. I had a natural towards how the economy works and how it impacts,” Bradshaw told Voices United. “[At first] I never really thought about it as a job or career or something you wanted to do; it was an interest.”

Before joining her, Bradshaw lived with a few families — and later with his paternal grandparents— while his mother made arrangements and sent back money.

Two years after moving to L.A., Bradshaw earned an athletic scholarship to the University of Arizona, where he ran the 400 meters and studied economics.

His interest in economics turned into banking in 1970 as he took a job working full-time at Union Bank.

While working there, he earned a MBA from University of Southern California, taking night classes five days a week.

He worked for Union Bank on and off for 17 years — leaving for a few years to work for an engineering firm, then returned and left again to serve as chief deputy superintendent of the California State Banking Department. Before returning once more, he went on to co-found Industrial Bank, a Van Nuys lender that was later acquired.

In 1988, Bradshaw took a job that would eventually change the course of his career — overseeing Founders Savings and Loan, one of only a few black-owned financial institutions in Los Angeles at the time. It was also at Founders’ he met Voices United publisher Rick Perkins.

At the time of his hire, Founders was losing millions of dollars a year and straining under the weight of bad loans. Through his leadership, Founders turned around and was sold to new investors.

He then went to help another struggling black founded institution, Crenshaw-based Family Savings Bank. He cleaned its loan portfolio and raised capital.

He said the reason for both banks struggling stemmed from bad loans.

In 2009, Bradshaw left his job at JPMorgan Chase to go to Broadway Federal as its president and chief operating officer. In 2012, he became the bank’s chief executive officer.

“I had a fine life, overcame my obstacles and am where I am today,” Bradshaw said. “Character and courage are the key elements. Focus, work hard and accept 100% responsibility for yourself and your actions.” 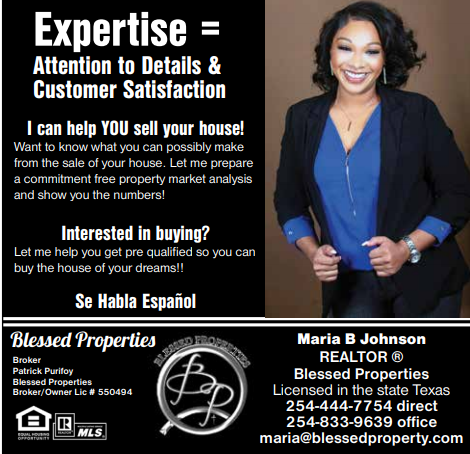 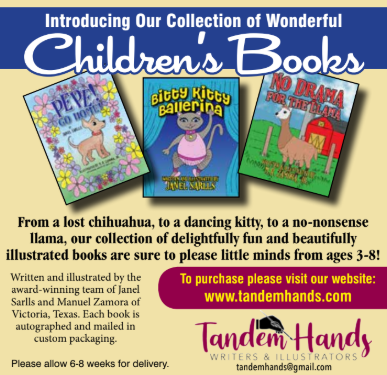 A quarterly publication/newspaper based out of Killeen, TX, whose mission is to Inform and Inspire the citizens of this great place. A quarterly newspaper serving greater Killeen, TX community, including Harker Heights, TX; Copperas Cove, TX; Belton, TX; Temple, TX; and Fort Hood, TX.